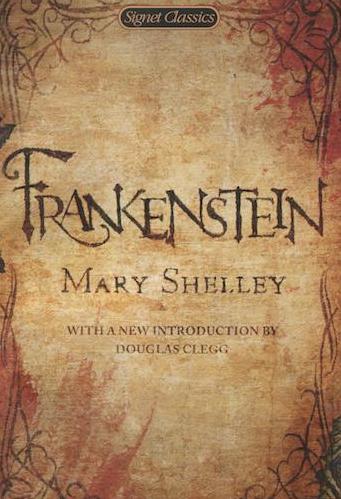 The progenitor of science fiction and the acme of Gothicism and Romanticism, Mary Shelley’s 1818 novel about the new age of gods and monsters is constantly adapted and imitated but rarely rivaled even today.

It’s hard to find anyone who isn’t at least superficially familiar with the story of Victor Frankenstein and the man/monster he creates through occult study and forbidden science.

A Romantic radical, Shelley conceived the idea for Frankenstein when she was teenager. Although intensely concerned with the language of classical religion and culture–the monster directly compares itself to Satan in a telling bid for sympathy after reading Paradise Lost–her story is refreshingly human and humanistic in scope: people, not gods, have the ultimate power to create or destroy in this fable.