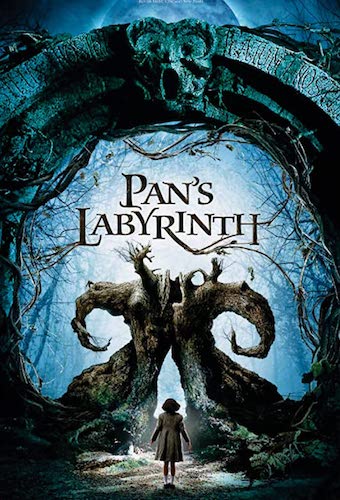 “My mother told me to be wary of fauns.”

In this wartime fairy tale, a child learns the truth about monsters–including the ones that occupy our everyday lives, lurk in the neglected corners of our histories, and hide behind uniforms, vestments, and laws.

Critics raved over the film’s stirring drama, brooding atmosphere, and alien beauty, and more than a decade later most viewers still consider it the director’s opus. “Watching the unique explosions of Guillermo del Toro’s mind realise themselves on screen is truly astounding,” critic Helen Cowley wrote in 2014.

Many Satanists will admire the degree of craftsmanship on display in a movie like this–if only we all had the prowess to so fully and completely translate our creative vision onto another medium. The heady mingling of the macabre and the sentimental and the way the movie blurs the line between fantastical and everyday things recalls much of the same mystique and allure that some Satanists strive to invest in our own art, aesthetic, and ritual practice.

But what ultimately makes Pan’s Labyrinth a Satanic movie is its centerpiece theme of disobedience as heroism. The movie’s fairy tale plot–in which our young heroine embarks on perilous quests in hopes of being ushered into a magical world–is really just window dressing for a story about the truly monstrous nature of hierarchical authority and the liberating power of, like Satan, refusing to serve.

“To obey for obedience’s sake, without questioning, is something only people like you do,” one of film’s supporting characters warns its villain. Authority, the film teaches us, is very good at affecting displays of power, but this makes authoritarians vulnerable to our very human and natural capacity to refuse them.