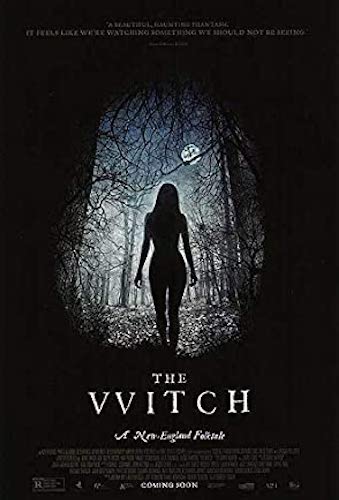 In 17th century New England, a family of outcasts confront dark and troubling forces in the wilderness. But the greatest threats may come from within: suspicion, mistrust, and the self-loathing that sits at the very heart of their own religious fanaticism.

Critically acclaimed as part of a vanguard of new cerebral horror films, Rob Eggers’ The Witch sports startling art direction, surprisingly complex performances, and scares of a sort that creep into the cracks in viewers’ minds and infects their insecurities.

Eggers pressed an almost gratuitous degree of period authenticity into the piece. Beyond just the wardrobe, dialogue, accents, and landscapes, the movie shows a profound familiarity with the ideas, philosophies, superstitions, and emotional realities of the setting.  If colonizers from the time made a horror movie, it might very well resemble The Witch.

What makes this a Satanist film is not the themes of devilry and witchcraft, but the movie’s insights about human nature: Inhumane self-loathing afflicts the family at the story’s center, motivated by their archaic religious philosophy.  The witches and demons they fear embody not only their own underlying beliefs about “sin,” but also their self-destructive inabiity to accept who and what they really are.

Some viewers find the period-accurate dialogue difficult to follow, while others may find the nihilistic resolution of some story elements offputting. Be that as it may, there are few modern films that inhabit their own power and atmosphere so authentically as this.