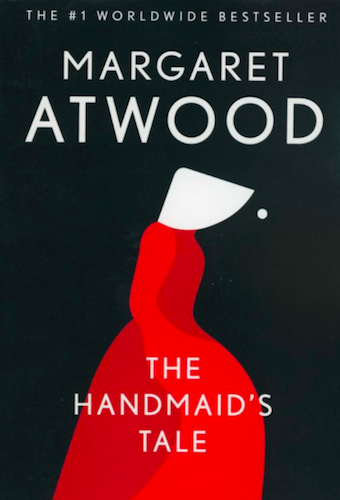 Margaret Atwood’s disquieting almost-sci fi opus about a reproductive dystopia that is, in fact, not hypothetical at all.

In The Handmaid’s Tale, a ruthless theocratic regime enslaves women for domestic labor–including the all-important job of bearing children for the ruling class.

Atwood’s 1985 thriller about the horrors of religious patriarchy remains ever-contemporary, mainly because it’s not really speculative fiction at all.

Given the nature of the story and setting, The Handmaid’s Tale does indeed contain multiple depictions of rape, up to and including passive acceptance of an essentially rape-based society, as well as constant institutional imprisonment for the purposes of abuse.